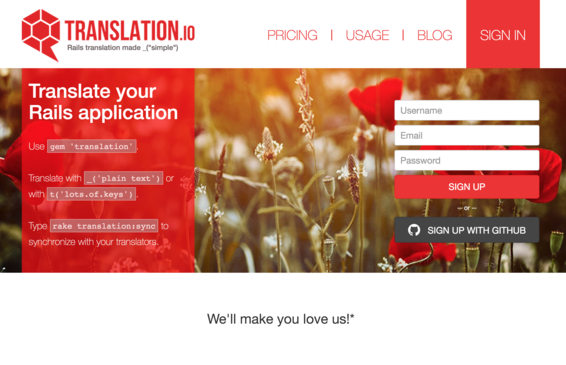 Translation.io is a SaaS product we build for Ruby on Rails, Laravel or React developers who want to easily translate their applications.

Instead of translating directly in the code, the developer just has to use a specific syntax around the source language text, then execute a command to synchronize with the translators.

This ease of use, and the fact that the translation interface was customized for translators and marketing team (for copywriting) speed up the whole translation workflow.